A franchise network with 10 years-market experience begins internationalization towards South and North America as well as Oceania.

In the year SUPERA Brain Workout Franchise is celebrating its 10 years of work, the company is making its first steps into expanding its activities towards North and South America, and Oceania.  Through a study carried out by Global Franchising Consulting, the company found concrete opportunities to expand its method into 10 more countries by the following years.

SUPERA is already a big success within the Brazilian territory with more than 200 units covering all country regions. Since its foundation in 2006, SUPERA has trained more than 60 thousand people, improving their performance and life quality by means of a method which trains and exercises focus, reasoning, memory, creativity and self-esteem.

“The initiative of international expansion emerged, at first, as a spontaneous demand of Brazilian people living abroad; they were told about SUPERA by students who had experienced and adopted our method here in Brazil”, explains the Director of Supera Expansion, Victor Rocha.

According to him, USA and Australia were the first countries to be searched because the study by Global Consulting showed they had great potential for the company to expand. Check the list of the first report of the Brazilian Franchise for international expansion: (countries/ main characteristics of each marketplace)

USA – Largest and most important marketplace in the world. Young population is looking for training to face a highly competitive work market and to address challenges still unthinkable today.

Mexico – The country has only a few national competitors for education franchises.  Potential for 140 SUPERA units by 10 years.

Australia – Large population of elderly people looking for products and services which provide effective results in keeping the brain active as well as high life quality.

Portugal – Franchising market has rapidly grown in Europe during the last years. The franchisee who takes the market will also be able to facilitate the expansion to Spain.

China – Continental market which will become the largest world economy by the year 2050. Education & Training is one of the most attractive franchising areas for Chinese investors.

Angola – Without any other large world franchise in the country, and due to cultural bonds, Brazilian companies have filled in this niche market still virtually unexplored.

Covering almost every continent, the expansion will make use of Master Franchisees as models, except for USA where SUPERA will look for a joint venture to implant the model of area developers.

According to the study, the greatest advantage of SUPERA Franchise in relation to its potential competitors abroad is given by the company´s maturity, and by its methodology´s density and extent. The course is structured by the use of six tools for brain training (abacus, exclusive study books, board games, online games, group dynamics and neurobics (neurons workout), which develop cognitive, socio-emotional and ethical abilities.

The consultancy study also stated that one of the reasons why the international market is extremely favorable to the service offered by Supera Educational Franchise is due to the fact that nowadays the world is looking for professionals who manage to solve problems quickly and creatively.

In addition to helping children and teenagers to become faster and more efficient students, Supera has a course specially tailored for adults and elderly people. The marketplace is huge. Besides offering the course in the franchised unit, SUPERA has business opportunities in the education sector (private and public schools), companies and sports institutes.

“We are sure that SUPERA will have a total acceptability abroad, precisely due to our successful experience in Brazil. Here we have consolidated our position by transforming the lives of thousands of people and by revolutionizing the teaching process in public and private educational institutions”, explains Antônio Carlos, the president and founder of SUPERA Franchise.

From the moment the scientists proved that the brain had the capacity to change and improve, the market for brain fitness has got off the ground. Day by day, the world´s population is becoming more conscious of the importance of maintaining the brain´s functions and of taking care of the health in general.

To learn more about entrepreneurship opportunities offered by Supera Franchise, contact us by filling in the form available in the following link: www.supera.la/PRE 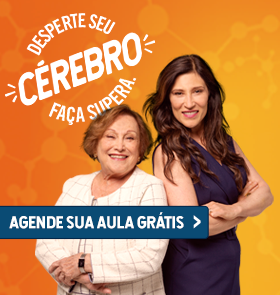